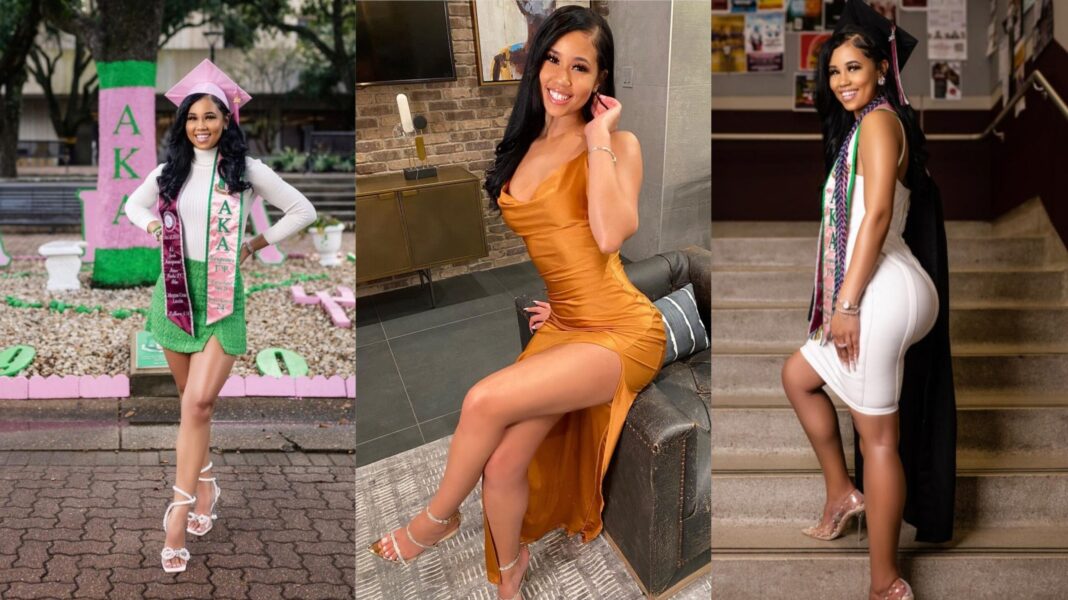 A socialite, Meagan Rochelle who failed in university in 2014 with a Grade Point Average (GPA) 0.78 GPA on her first attempt to earn a degree has come back bigger and better.

After failing out of college with a GPA of 0.78 in 2014, she has finally earned a degree with distinction from Texas Southern University.

According to Rochelle in a post on her social media page, she failed in her first attempt to obtain a degree because she did not take her studies seriously.

”Now [seven] years later graduating with a 3.5 GPA with distinction from the Texas Southern University (TSU)!

”I can’t even tell you how I got here. Nothing but God! Moving to Houston from New Orleans was probably the best thing I could’ve done for myself at the time. I’m so excited to see what God has next for me, but it’s only up from here,” she said.