Kevin Taylor goes after Sarkodie as Shatta Wale creates jobs with his ‘Shaxi’ business, says “he’s so stingy that he can’t feed his family” 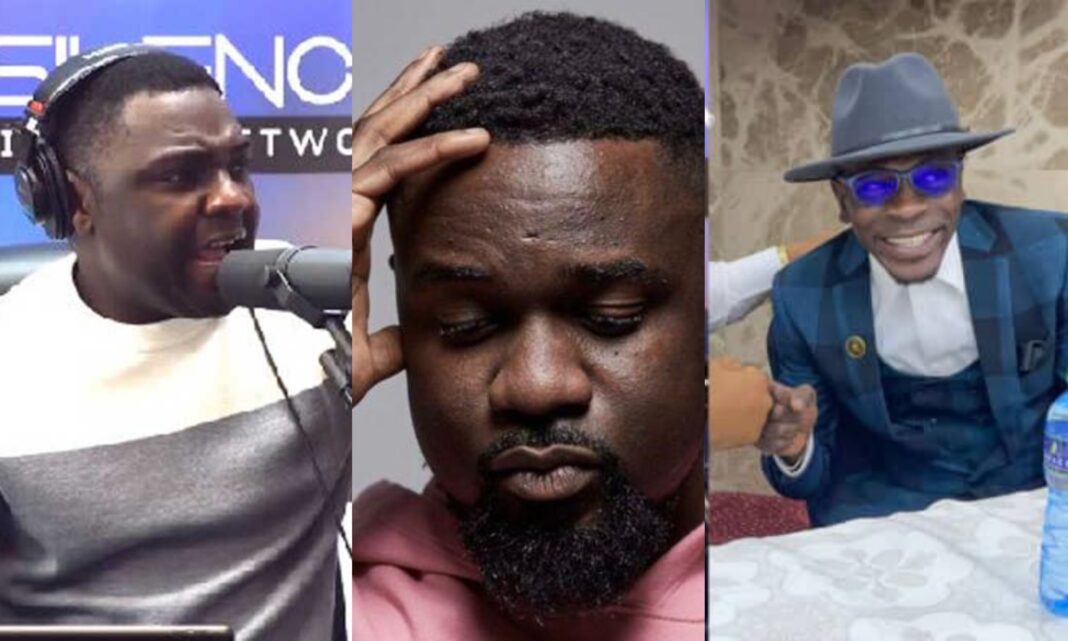 Kevin Taylor descended on Sarkodie describing him to be a stingy man to the extent that he can’t even provide for his family not to even talk of the youth.

Kevin Taylor revealed on Loud Silence Show that, the Shatta movement boss has been blessed and now the supreme by putting this business that will bring jobs to the unemployed youths.

Kevin Taylor continued to advise musicians to follow the footsteps of Shatta Wale by using their fame to create businesses for the benefit of the youths in the country.

Comparing Sarkodie to Shatta Wale, Kevin Taylor indicated that Sarkodie is a tribal bigot who doesn’t care about citizens and also will not give his money or voice to support the aspirations of the youth.

He said: “He is stingy and even finds it hard to take out money to feed his family. Sarkodie is a tribal bigot who barely cares about the youth and will never use his money to support any initiative”.

Watch the video below….

Kevin Taylor tears Sarkodie into peices all because of Shatta Wale’s SHAXI 😭😭😭 pic.twitter.com/gtDGVRY90I

Kenyan man who does not want trouble builds identical houses close to each for his wives, see photos » GhBase•com™