The Duchess of Cambridge was pictured in Her Majesty’s jewels as she arrived at St George’s Chapel for Duke of Edinburgh’s funeral today.

Kate Middleton, 39, rocked the Queen’s pearls paired with drop pearl earrings, both from Her Majesty’s personal collection, with a black face covering and pillar-box hat with net veil for the funeral. 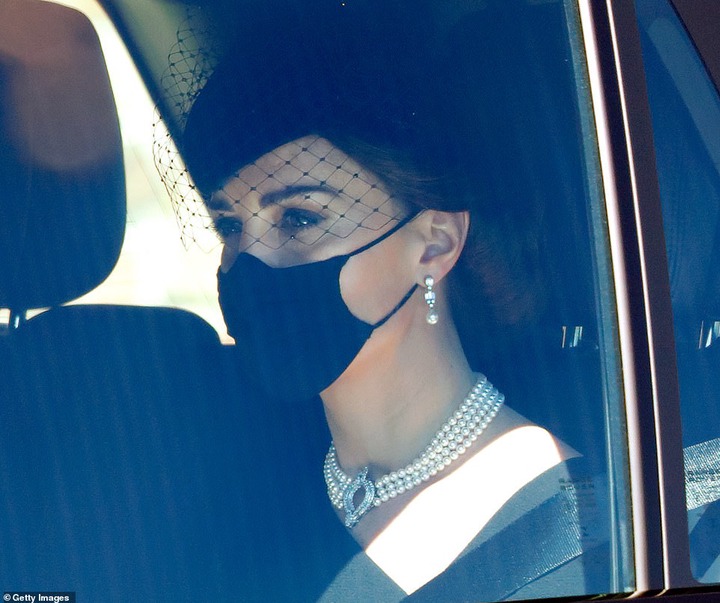 She completed her look with a black £1,605 Roland Mouret dress, the same outfit she wore for the Royal British Legion Festival of Remembrance in 2018. 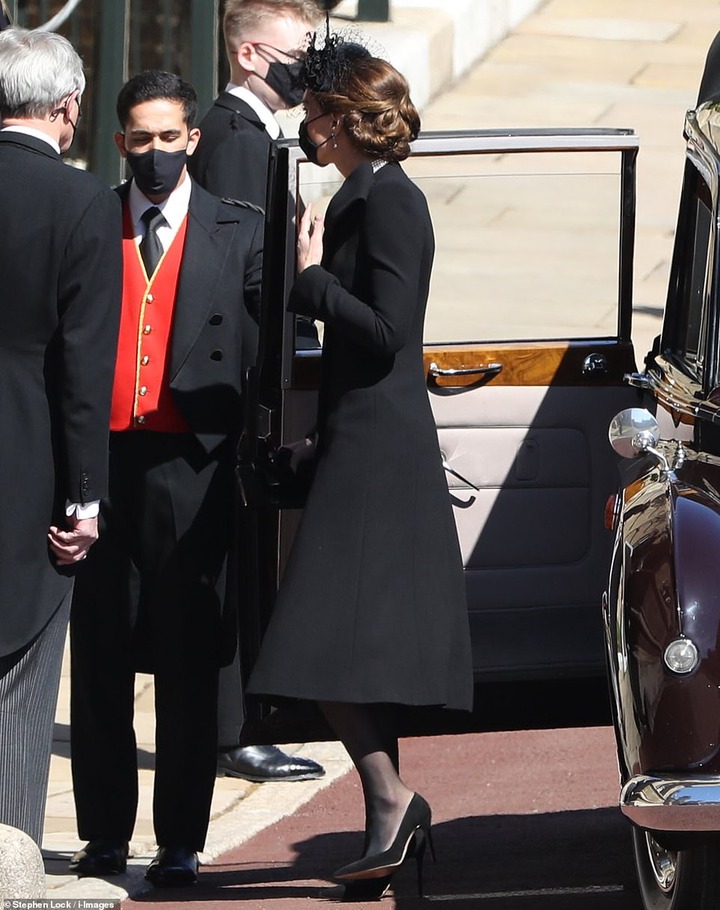 The Japanese Pearl choker necklace was worn by Kate for the Queen and Prince Philip’s 70th wedding anniversary dinner at Windsor Castle in 2017, and by her late mother-in-law Princess Diana in 1982.

The Queen loaned it to Diana, who loved pearls, for a banquet given by Queen Beatrix and Prince Claus of the Netherlands at Hampton Court Palace during the Dutch royal family’s visit to the UK. 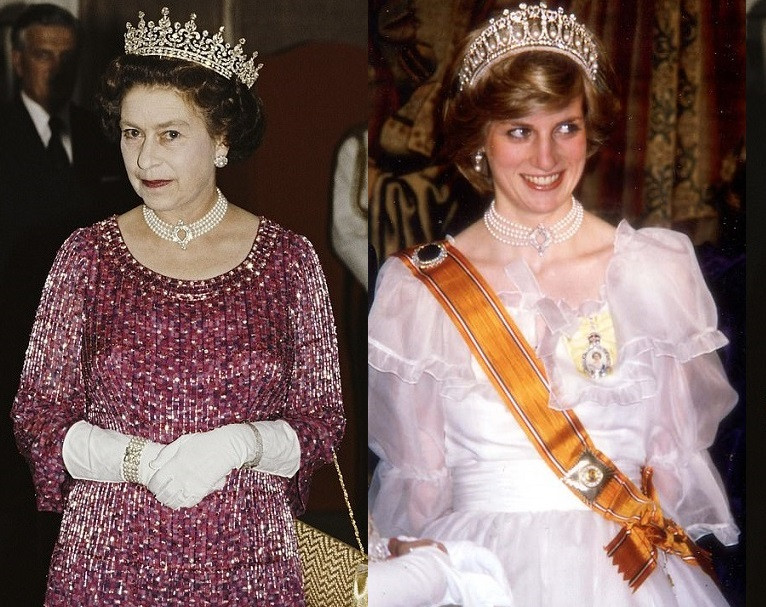 The Queen asked for the four-row Japanese Pearl Choker to be made from ‘the finest cultured pearls’ which were a gift from the Japanese government. It has four strands of pearls with a central curved diamond clasp.

The Monarch wore the choker in the 1980s and 1990s, and to a dinner celebrating former Prime Minister Margaret Thatcher’s 70th Birthday in London in 1995.

At the funeral service, the Duchess sat alone in the Chapel as members of the congregation followed the social distancing guidelines. 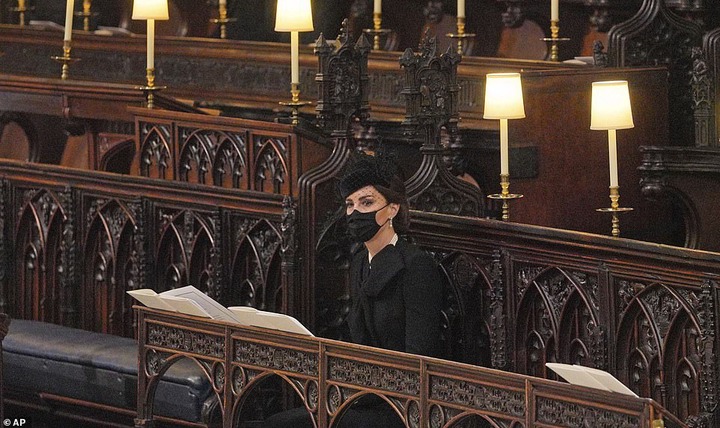 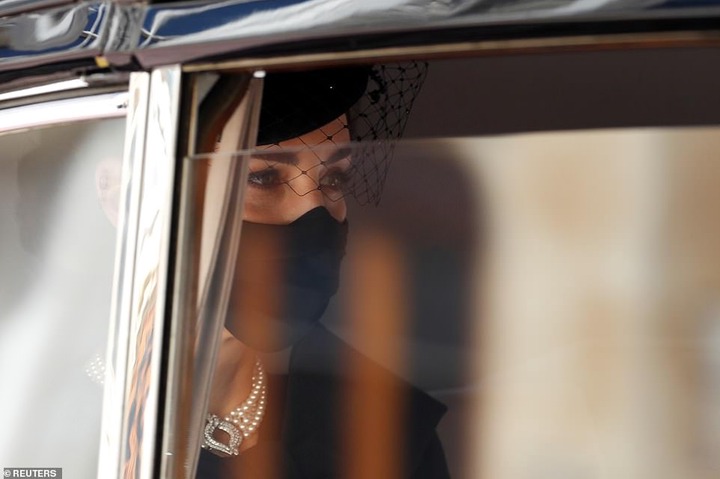 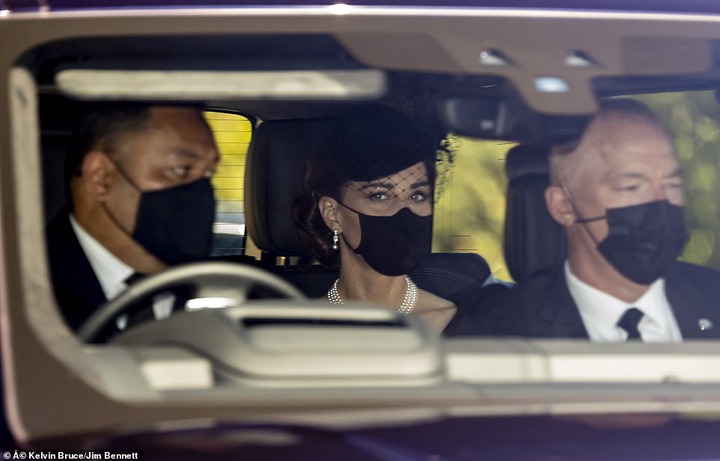