It was not deliberate to see you suffer 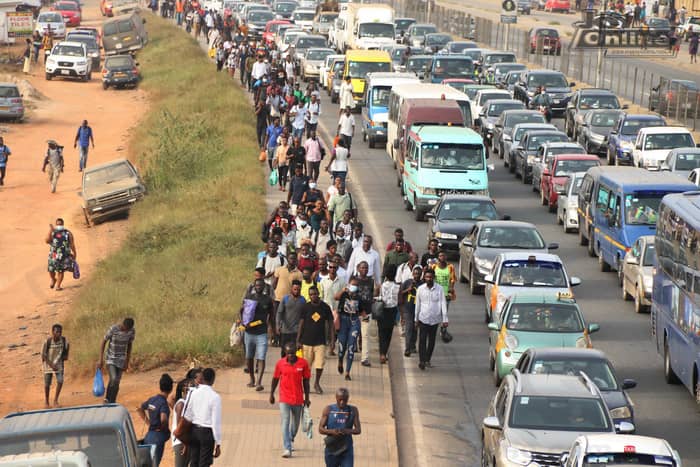 The Public Relations Officer (PRO) for True Drivers Union, Yaw Barima, says their strike which left many Ghanaians stranded was not deliberate.

According to him, they had no plans to cause any kind of suffering to their passengers however, the government’s resistance to help reduce fuel prices called for it.

“We tried our best for cool heads to prevail among our drivers to buy us time to influence the government to reduce prices and the taxes on them but that did not see fruition,” he said on Accra-based Okay FM.

Mr Barima stressed the drivers were not willing to listen to their pleas since the government did not keep its promise to reduce fuel taxes in the 2022 Budget.

He is however hopeful a planned meeting with the Transport Ministry and relevant stakeholders will help resolve matters.

Some commercial drivers in parts of Accra Monday morning began a sit-down strike in protest against numerous levies and taxes imposed on petroleum products by the government, resulting in an increase in fuel prices.

Many commuters were stranded along the shoulders of the road while those who had already boarded commercial vehicles were forced to disembark.

Some GPRTU station officers blocked roads with car tires and other metallic weapons to prevent the passage of loaded commercial vehicles.

The situation resulted in hot verbal exchanges and a near-fisticuff between the station officers and the passengers.

Some students, traders, and other workers were seen trekking to their destinations while others stood at lorry terminals in frustration, hoping the drivers would rescind their decision.

Listen to Mr Barima in the audio above: