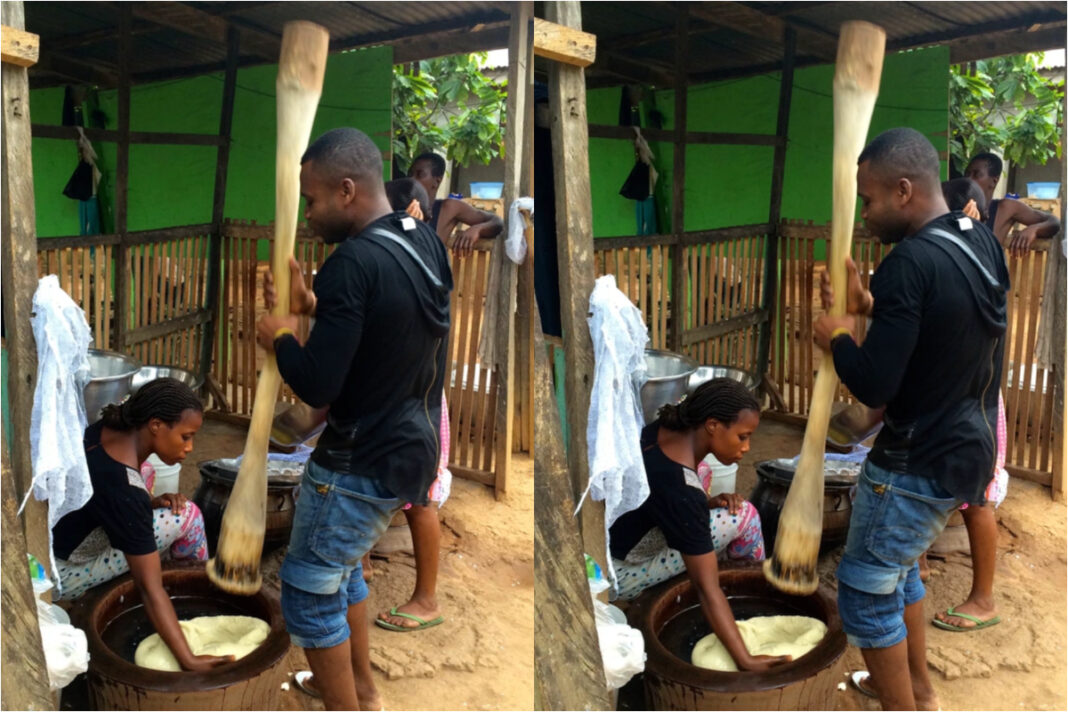 A photo of Kumawood actor pounding fufu in a setting that looks like a chop bar has received massive attention on the internet.

We can’t authoritatively say that’s what he does for a living now after the collapse of the movie industry but that’s the vast consensus a lot of people have arrived at after critically analyzing the trending image.

The actor has been identified as Stephen Okyere, aka Kokotii who shot to fame in the early 2000s when he featured in films such as Mabre Mo, Abusua Apam, and Efie Nipa.

See the photo below;

E-levy will be reviewed when Parliament resumes – Annoh-Dompreh hints

“You have disappointed Ghanaians” – Asamoah Gyan to Black Stars