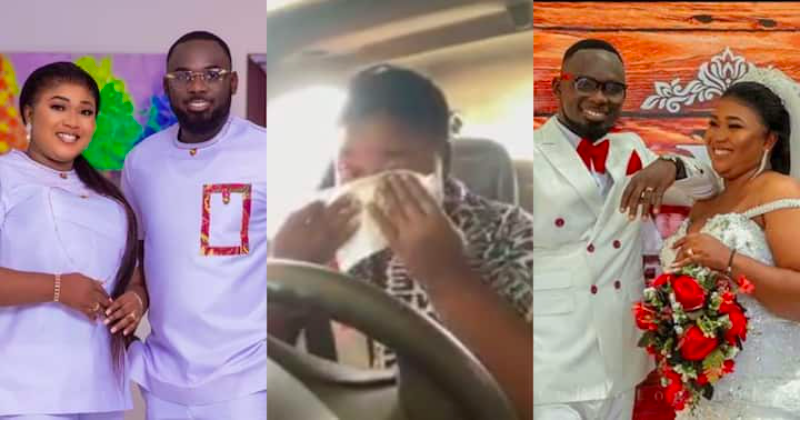 Xandy Kamel and Kaninja’s martial life was all lovey-dovey in the beginning until Kaninja refused to zip up and started sleeping around.

Xandy Kamel caught him on one of his bedroom escapades and their marriage came to an abrupt end.

But as y’all thought that they would have sorted their differences and reunite, it never happened considering the words of Xandy Kamel.

Thus, Xandy Kamel has stated categorically that she will never marry again perhaps till 6-feet.

“I don’t want a boyfriend, all I need now is money. A boyfriend is not necessary. No no no, I don’t need a man, in fact, I don’t want to have anything to do with marriage. I will never remarry.”

“I regret that this is my first failed marriage but how many times should I marry? I just want to have fun, explore and make money, travel, spend money and enjoy life, eat good food…just be me”, Xandy Kamel made this pronouncement in a chit-chat with vlogger Zion Felix.

Watch the full interview below:

Your head is like 207 bus, you don’t need help – A-Plus slams TT for being a professional beggar and liar » GhBase•com™