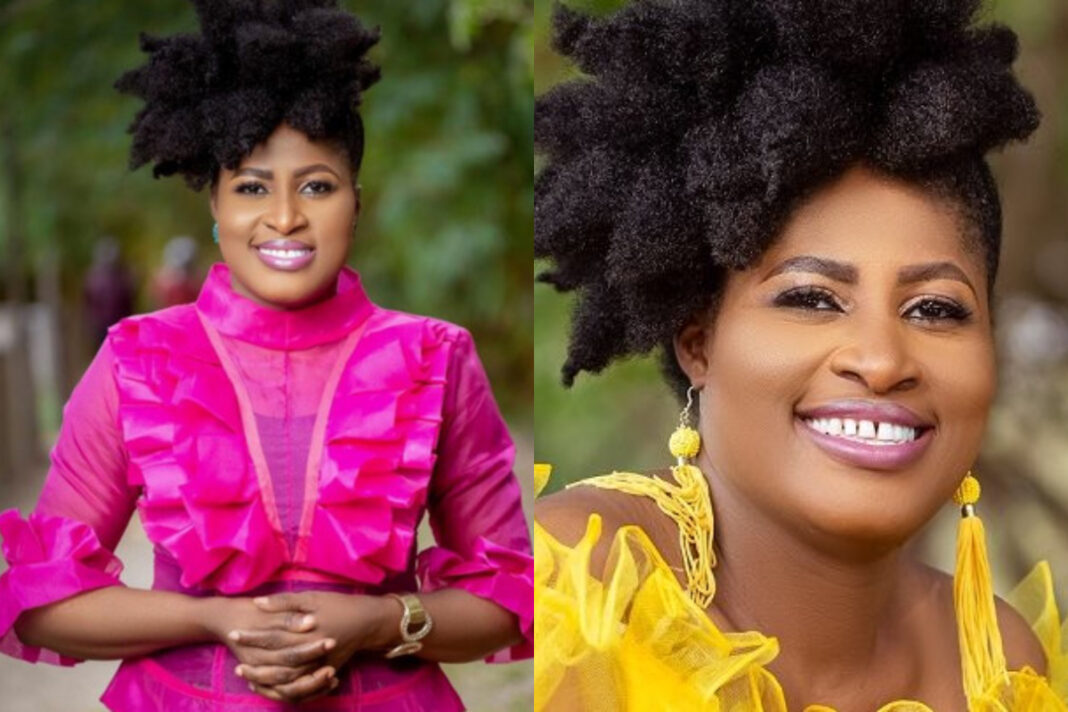 Gospel musician Patience Nyarko has given out her number to men interested in her to call her and link out so they take it from there as she claims to be single and searching for a man to marry.

Patience Nyarko speaking on Okay FM disclosed that she is single and looking through and then gave out her number to a guy who asked the question asking him to call her after the show if he wants to marry her.

Patience Nyarko then also stated that asking women why they aren’t married and when they will get married is wrong because, in our African certain, women don’t marry men it’s a man who marries a woman.

Therefore, asking a woman when she’s going to get married or why she isn’t married should be channeled to the men since they are the ones who marry women and not a woman marrying a man.

Why exes only come in the picture when you move on

“I’m coming to your place to have sex because my husband is rich but weak in bed” – Married woman busted for begging her...