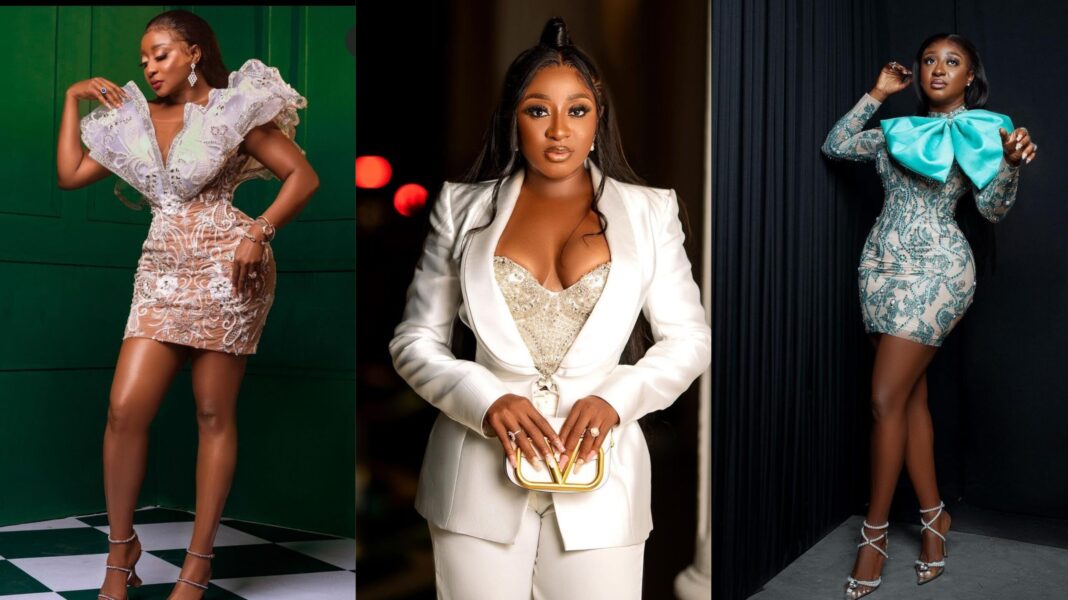 Nollywood actress, Ini Edo has confirmed rumours that she recently welcomed her first child through surrogacy.

The actress in an interview said she chose the path to fulfil her dream of becoming a mother.

She said, “Yes I do have a daughter and I had her through surrogacy. The eggs are mine and so genetically, she’s my blood.
“I chose this path to fulfill my dream of becoming a mother. I still have a good number of eggs frozen in case I decide to do surrogacy again or carry my baby myself.”
Ini Edo, however, debunked rumours that her child’s father was a married man, identified as Kome.
The actress said, “It is so sad that in Nigeria when a ‘single’ woman is friends with a guy, it must mean to people that they are dating.

“Another major reason I opted for a donor is that it scares me so much when I see banter and controversies between a mother and a father over a baby in public forums.
“For me, it’s the fear of what that would mean for the child. Ideally, it’s marriage then children but we are not living in an ideal world.”
Ini Edo also opened up about her past miscarriages.
She said: “I had a series of miscarriages in the past but that wasn’t my reason for going this route. I still hope to carry babies In my womb in the future, God willing.”

The post I Was Scared Of Criticism From Society – Ini Edo On Why She Decided To Have A Child Via Surogacy appeared first on GhBase•com™.

It’s A Straight Win For Ghana