It appears some hotels are yet to resume full operations a week after the parttial easing of the ban on public gatherings instituted to control the spread of COVID-19.

Checks by Citi Business News at some hotels in Accra show that some facilities are reviewing their models to accommodate new businesses anytime soon.

President Akufo-Addo on Sunday, May 31, 2020, announced the gradual easing of the ban on public gatherings which had been in place since March.

Per the directives, hotels could accommodate conferences, parties, wedding receptions and other corporate meetings with a maximum of one hundred people.

This is however subject to the strict adherence to all the safety protocols like two meter distance, washing of hands with soap under running water, use of alcohol based hand sanitizers and the mandatory wearing of nose masks among others.

But a week into the announcement, Citi Business News can report that not much activity is taking place at most hotels within the national capital.

The Sales and Marketing Manager for Airport View Hotel, Richard Yao Ekor, explained what has transpired over the past one week.

“Most of our customers come from outside Ghana, so even though certain restrictions have been eased, the borders are still closed. So long as we don’t have people coming from the diaspora into the country, then our rooms and conference rooms will still be empty. In fact, I was following up on a conference which was cancelled in the middle of that conference and I was told that they would do it in their office,” he said.

The Rooms Division Manager for Oak Plaza Hotel, Daniel Dadson, also spoke about how business has been so far.

“The airports are still not open so you are likely not to get any. And then the conferences that come on comes from the government agencies and the NGOs, but then I believe that after the announcement they need to take time to really plan and access a hotel to see how well and ready they are prepared to receive them,” he noted.

For these hotels, majority of workers were asked to go home during the period of the partial lockdown and the imposition of the ban on all public gatherings, as well as the closure of borders which has affected patronage. 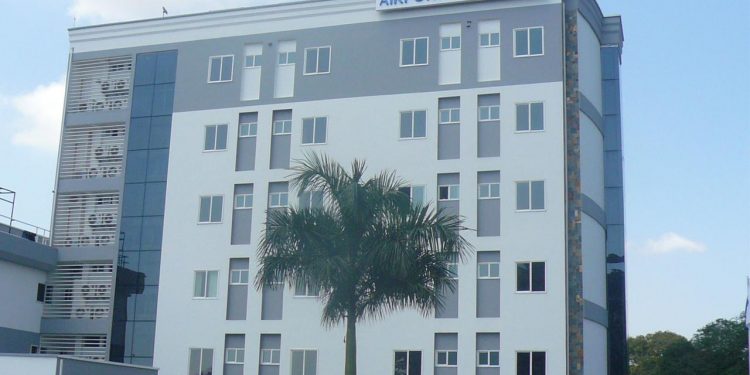 Richard Ekor and Daniel Dadson spoke about their respective adjustments so far.

“The Ministry of Health and the Ghana Health Service have been here to train our staff on how to engage in infection and prevention control. So, I will say we have some little experience in terms of handling these things. Our housekeeping procedures have improved, our check-in procedures have also improved. You would realize that when you were coming in you had to wash your hands and you wouldn’t be allowed to come in without a nose mask. Our lift was originally meant for eight people but now only three that can go inside,” Mr. Ekor said.

“We operate on revenue and expenditure. What we get is what we spend across board in terms of salary. For now, we can’t even pay. It’s not only us but with other facilities mostly I would say. We are unable to pay and they understand the situation. They know if we were in business, we would certainly reach out to everybody accordingly. So, that has been the impact with over a hundred and thirty people out there probably doing something to keep them going,” Mr. Dadson also said.

Information available to Citi Business News also indicates that some hotels still remain shut with the ban on international travel to Ghana.

For such facilities whose managers will not speak on record, the workers who have been asked to go home are not being paid any salary whatsoever.

Meanwhile, it appears there is little optimism for the managers of Oak Plaza and Airport View hotels in terms of the possibility of full resumption of activities.

“End of June heading towards the middle of July, I think we should begin to see a little pick up in terms of the conferences because I also believe that these corporate organisations have put on hold their conferences which are part of their operational duties. It is a meeting they must have in order for something to happen. So those that cannot be held in their offices will be brought here just that it will pick up slowly.”

“We see a bit of improvement in the month of July because from the observation most airlines are likely to open between the end of June right through July”.

Decades after surviving the bloody civil war in Nigeria,…

Prev Next 1 of 10
Popular Topics

Decades after surviving the bloody civil…