Gospel singer, Patience Nyarko gives out her number on live radio, says call her if you’re interested in her » GhBase•com™ 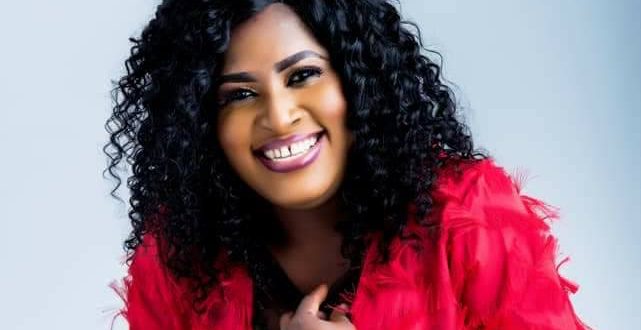 Popular Ghanaian gospel singer, Patience Nyarko has called on possible suitors to call her if they’re interested to marry her in a recent interview.

She gave out her telephone number during a live radio interview stating that no one knows the future hence if anyone is interested in marrying her the person should consider giving her a call.

Speaking in an interview on Accra-based Okay FM, she waded into her relationship status saying she’s single and certainly ready to mingle with anyone interested. She however gave out her phone number that suitors should link up.

This came up after a fan sent a message to the host asking if she’s married or in any form of romantic relationship then she replied that she’s single so people should call her maybe their destiny might cross each other.

Speaking on when she’ll get married she said, “In the Ghanaian cultural settings, I have never heard a woman going to the house of a man to seek the hand in marriage. The man has always been the one who marries a woman. It is so wrong to ask women when they will marry because they don’t marry but they get married”

2021 AFCON: I need support to get to Asamoah Gyan’s level