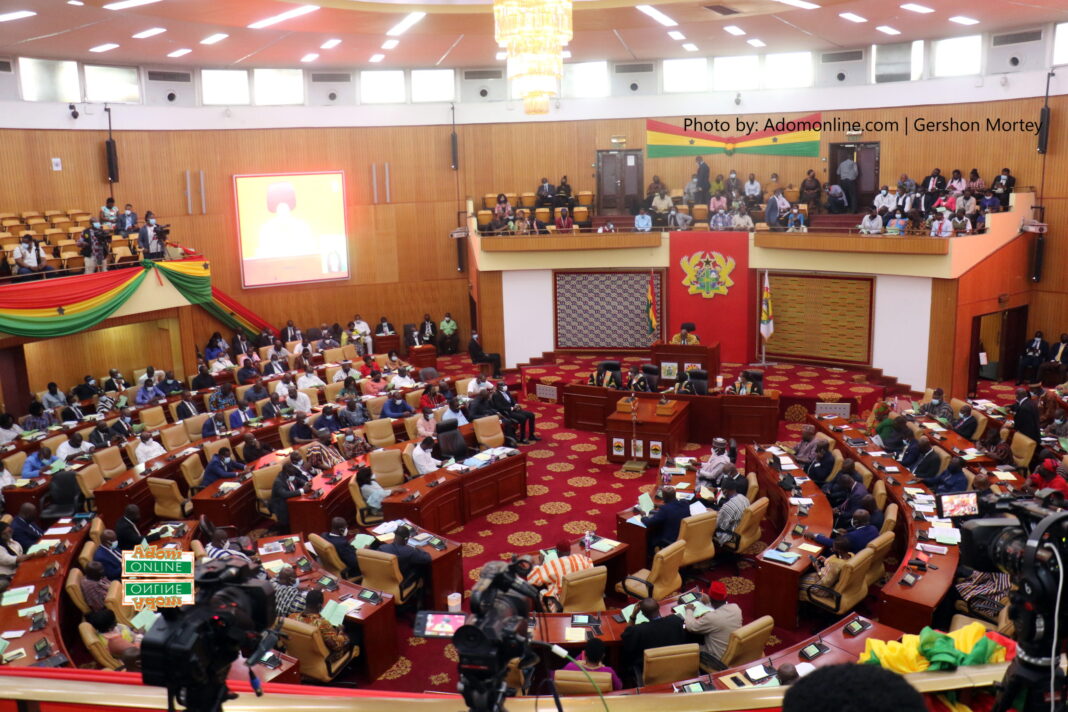 The Finance Committee of Parliament has agreed to present the E-Levy Bill before the House for further deliberations.

This is because the Bill was approved by a majority decision at the Committee level. The Majority Caucus on the Committee, with the support of the Chairman, voted in favour of the levy. The next step is to place it before the plenary under a certificate of urgency.

Speaking after the decision, a Ranking Member on the Committee, Cassiel Ato Forson stated that several stakeholders including the E-Commerce Association of Ghana, the Telecommunications Chamber among others had requested to present memoranda against the Bill.

According to him, some of the groups had even suggested alternatives to the government for the generation of revenue.

However, these suggestions have fallen on deaf ears as far as the Majority caucus on the Finance Committee, is concerned.

He explained that the Minority held the view that the petitioners be invited to state their case, “we also said there was the need to invite the E-Commerce Association of Ghana for the purposes of them filling us in, as to what they believe will be the negative impact of this Bill if it goes through.

“Again we also saw last night, that the Mobile Money Agents Association of Ghana had issued a public notice that they’re going to embark on a demonstration.  We felt there was a need, at the minimum, to meet with them and listen to them.

“Because we in the Minority believe that our power is with the people, and we’re here representing the people and for any reason anytime you’re going through legislation, there is the need for you to invite public memoranda and most important, a particular Bill of this nature, that everyone is complaining about, there’s the need for us to listen to people,” he added.

According to him, after a call for division from their side, the 12 NDC members on the Committee voted against the Bill while the 12 NPP members, excluding the Chairman of the Committee, voted in favour.

The tie was broken by the Chairman of the Committee who in the exercise of his casting vote, voted in favour of the Bill.

“We are sad. We are sad not only because we lost, but we felt that the NPP does not believe in democracy and if they are determined to do something, they want to push it regardless of the cost,” he said.

4 highway robbers arrested, 4 others on the run