Family Of Late Rawlings Visit Prez. Akufo-Addo To Appreciate His Government For The Support (+Photos) — Thedistin 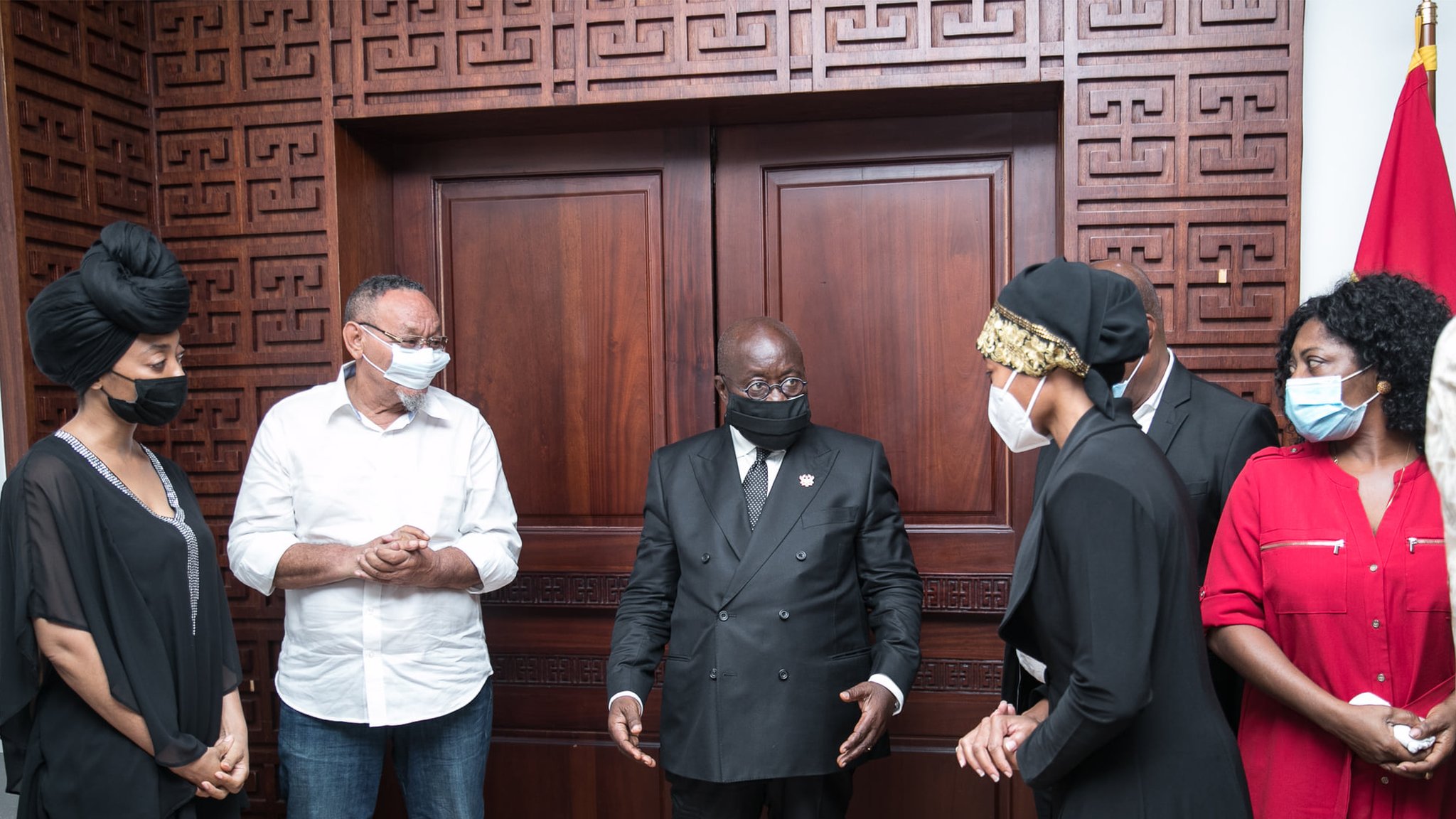 The family of the late first democratic president of Ghana, H.E Jerry John Rawlings of blessed memory paid a courtesy call on the president of republic to thank him for the support given to them during the final funeral rites of their father

The remains of the late former president who passed away on November 12, 2020 was laid to rest on 27th January 2021 with a full state and military burial.

The family after the funeral has decided to use this time appreciate the good people of for the love shown them in laying their beloved father and husband to eternal rest.

They therefore called on the president at the seat of the presidency, The Jubilee House to thank him for showing great support through his government to them.

See some pictures of the session here: