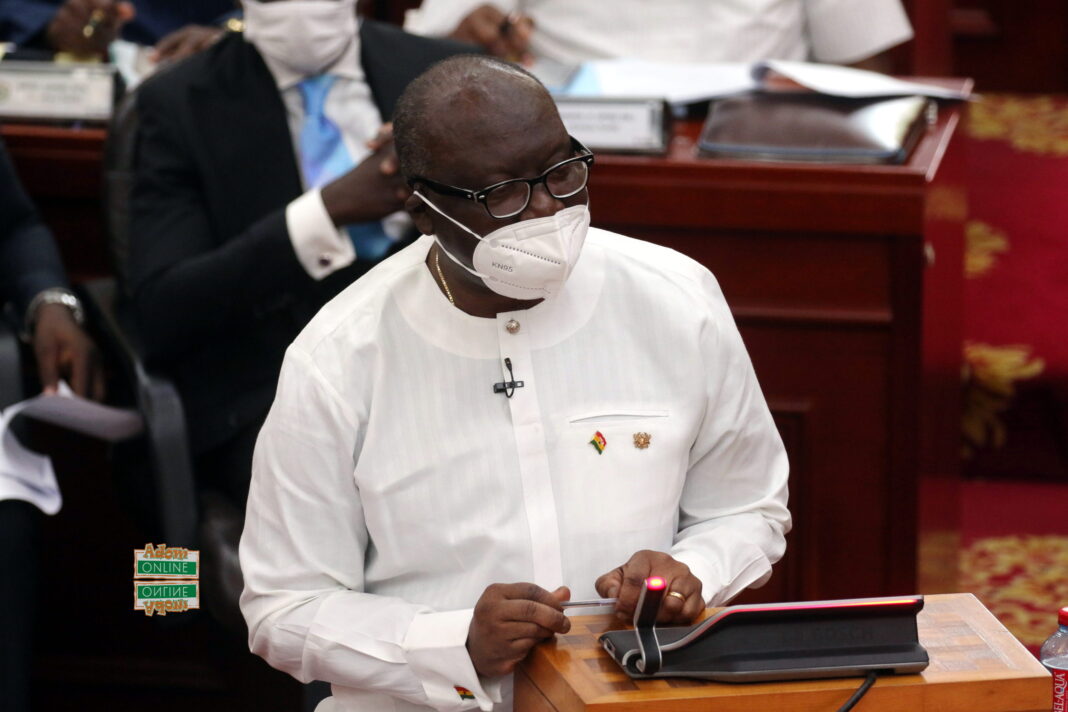 Finance Minister, Ken Ofori-Atta, has ruled out a reduction of the 1.75 % Electronic Taxation levy (e-levy).

Deputy Majority Leader, Alexander Afenyo-Markin, had said the rate will be reduced from 1.75% to at least 1.5%.

According to him, the reduced charge was captured in the revised version of the 2022 budget submitted by the Finance Minister, Ken Ofori-Atta on Tuesday.

Speaking on PM Express, he said the reduction is a result of the government listening to the concerns of the Minority in Parliament with respect to some concerns raised about the budget.

But addressing a press conference over the deadlock of the 2022 budget, Mr Ofori-Atta said the levy still remains at the earlier rate announced.

Though he noted the government is undertaking a rigorous consultation with the Minority Caucus, no modification he said has been made to the rate yet.

“On the matter of the E-levy, it is still 1.75% and we are in serious consultations, keeping clear our fiscal implication of what it will mean.

“We will continue our consultations with the Minority Caucus in Parliament and other relevant stakeholders, with a view to achieving consensus and reverting to the House in the shortest possible time,” he announced.

NDC to hold town-hall meeting on E-levy in Kumasi