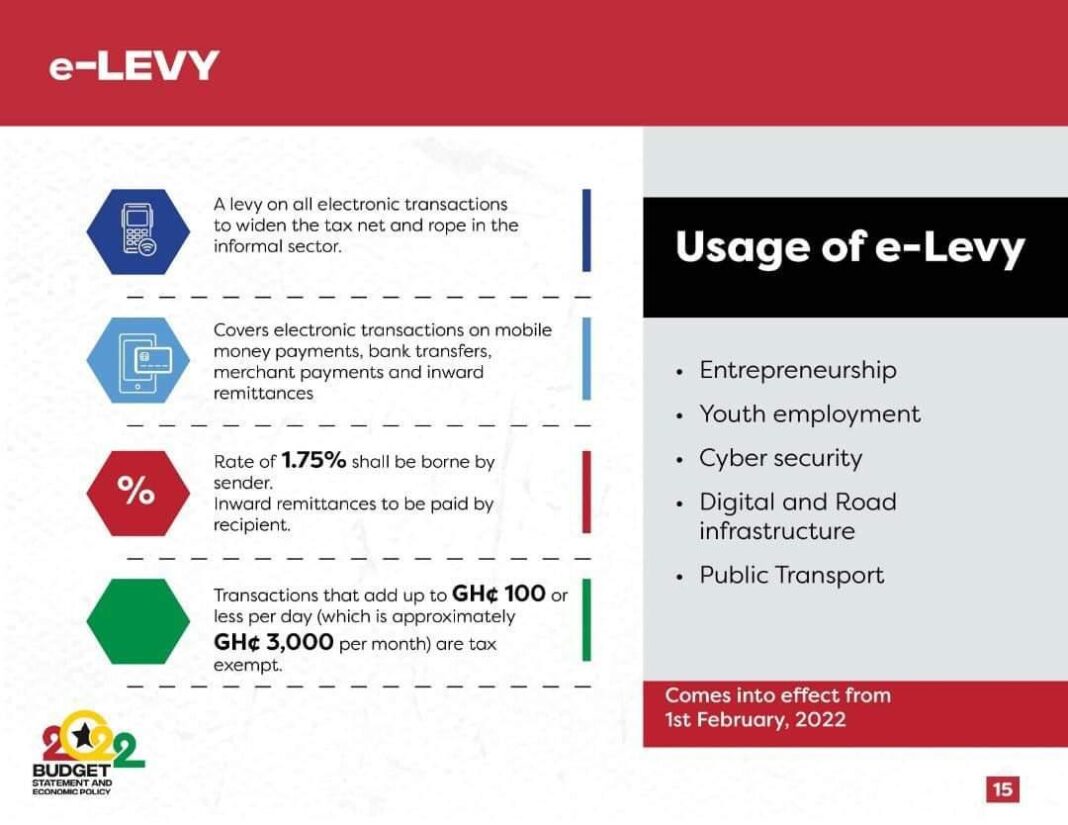 A former Finance Minister, Dr Kwabena Duffuor, has described as problematic, government’s decision to introduce an electronic transaction levy (E-levy) as an innovative way to replace the scraped road toll.

Speaking at a lecture themed, ‘Ghanaian Dream: Transforming the Economy through the Creation of Jobs and Opportunities for All,’ the former Governor of the Bank of Ghana explained that e-transaction is a mode of payment, thus, imposing the tax is unrealistic.

He further added that it will lead to double taxation, since the underlying income would have normally been taxed already.

“It should be noted that taxes/levies are imposed on income, gifts, consumption and held properties or assets. Electronic transfers and payments are none of these.

“This makes the proposed E-levy problematic because it could be fraught with serious implementation challenges. This tax could undermine the Ghanaian Digital Economy,” he said.

The incumbent Finance Minister, Ken Ofori-Atta while delivering the 2022 budget proposed that a 1.75% levy on all electronic transactions effective January 1, 2022.

However, a section of Ghanaians including the Minority in Parliament and some economists have kicked against this proposal.

The opposers argue that the move will intensify the hardships of the average Ghanaian.

But government insists that the new form of taxation will stimulate the growth of the economy and create more jobs.

Dr Duffuor used the lecture, which also focused on job creation, to suggest key measures that can be adopted by government to bridge the gap.

According to him, the government must invest in Technical and Vocational Education (TVET).

He stated that a country cannot tackle joblessness without priortising education, thus, Ghana must place vocational and technical training at the center of its educational system.

Citing countries like USA, China and Germany, Dr Duffour said these nations have developed strong manpower through TVET that is continuously growing their economies.

“Vocational education and training-which includes training offered in institutions as well as on the job through apprenticeship-widens the options for skills acquisition by young people and meets the needs of those not suited for traditional education,” he said.

2021 AFCON: We were not good enough to win the title