Abubakar’s rant comes a day after she dragged Nigerian male barbie, Bobrisky, in a series of post on Instagram.

The ‘Men in Love’ actress had accused Bobrisky of leaving a scar in her heart in 2019, labelled the she-male a fool and rained other curses on him.

WuzupNigeria recalled that the 35-year-old actress had last week vowed to give her “Nollywood frenemies” a piece of her mind and started with Bobrisky.

She shared screenshots of the crossdresser’s chat with her during her trying times when she was sick and was on admission in the hospital.

In the images she shared on Instagram, Bobrisky called her dirty, broke, and full of hate. The crossdresser’s action was reportedly due to the actress blocking him on social media.

However, a fan, @officiallisaberry, took to her comment section to rebuke her for dragging Bobrisky when she was yet to apologise for the awful things she did to Cossy Ojiakor.

“If you be God u nor go forgive person oh…at least he apologized, have you apologized to @cossybarbie for what you did to her in the past”.

In response, Halima threatened to drag Cossy, while revealing that she accommodated and fed her for a whole year.

“Oh see you believed it. See how daft you are, I said everyone must collect. Wait for her turn, she is not important. Not some one I accommodated for 1year and feed”.

See their exchange below, 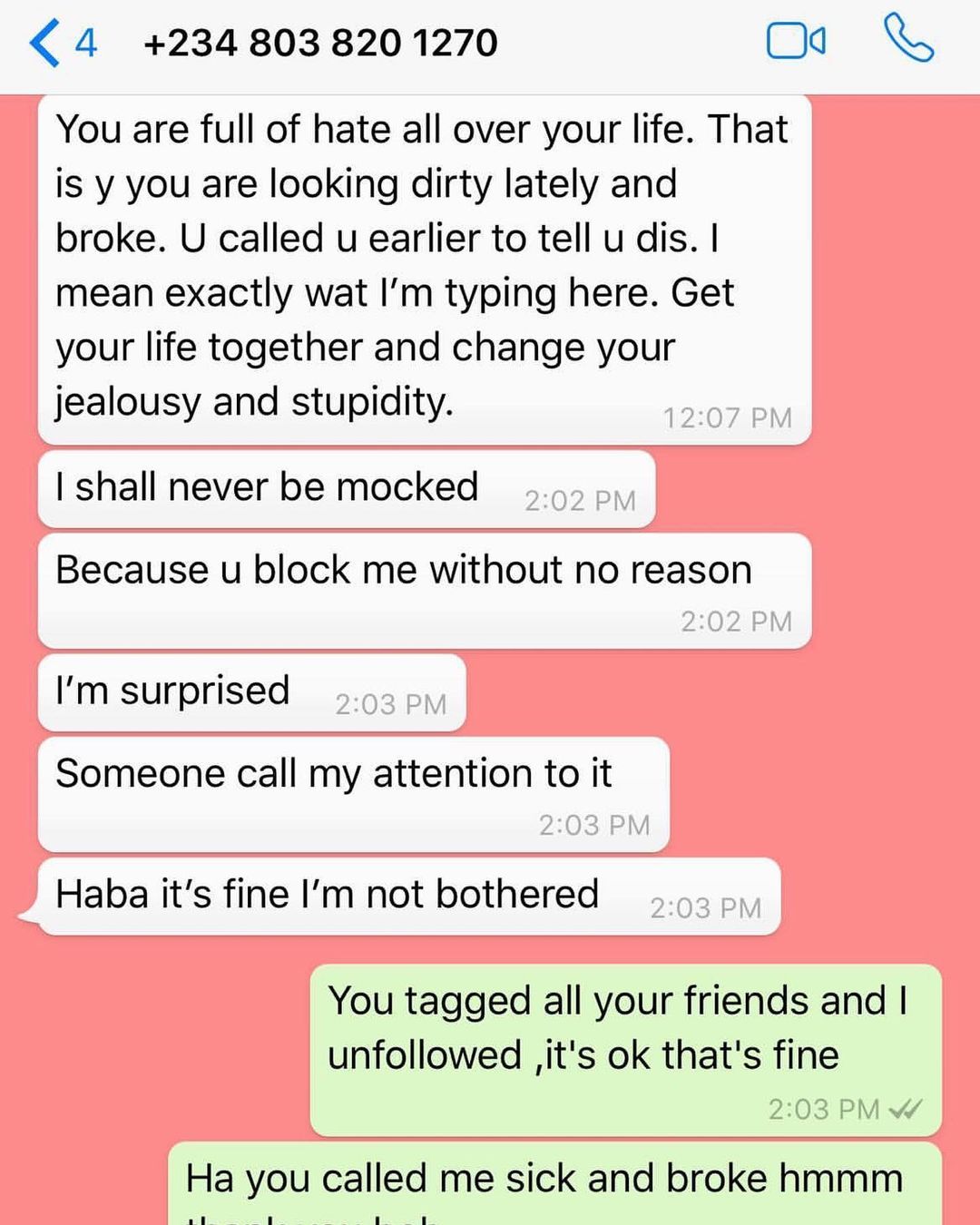 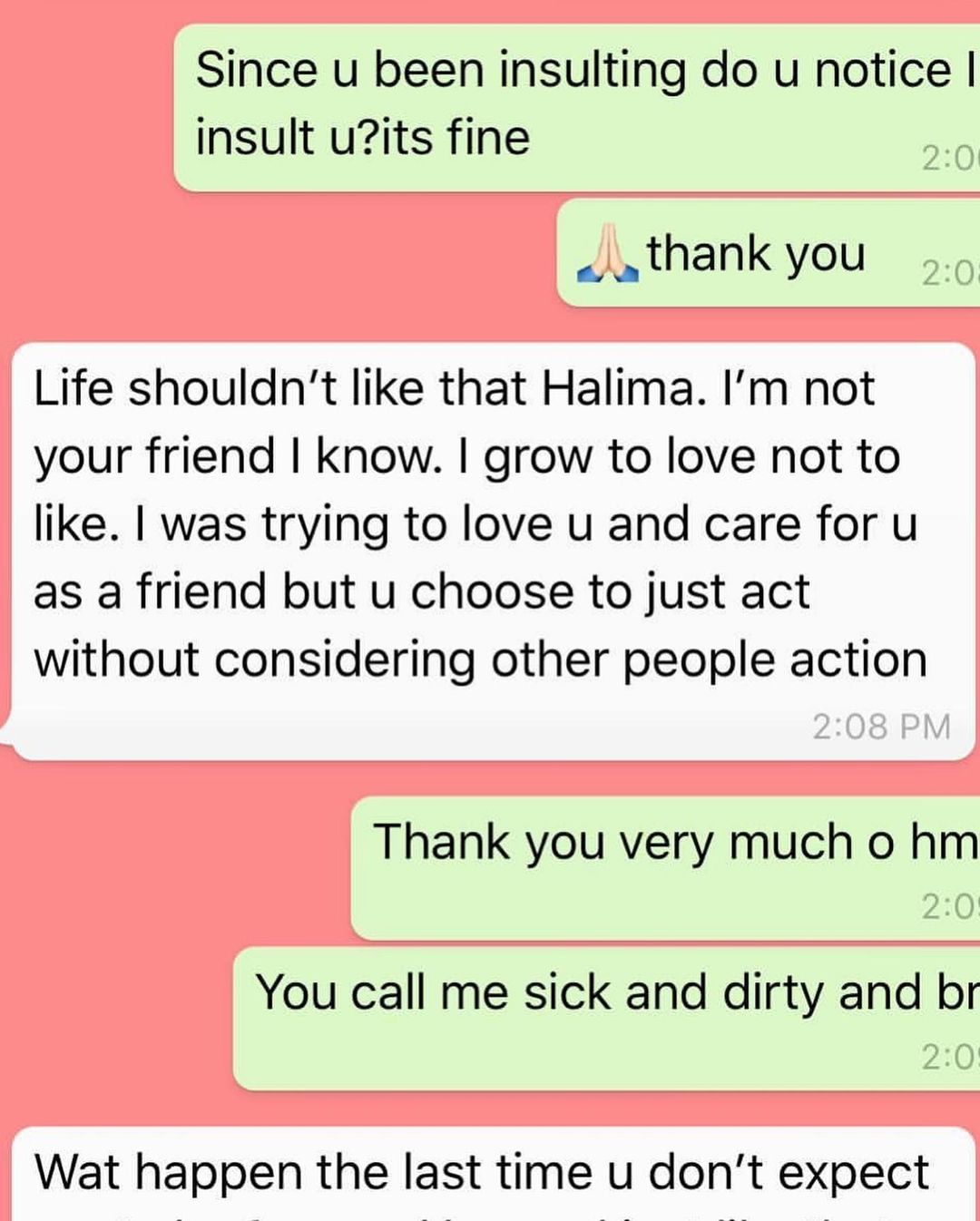 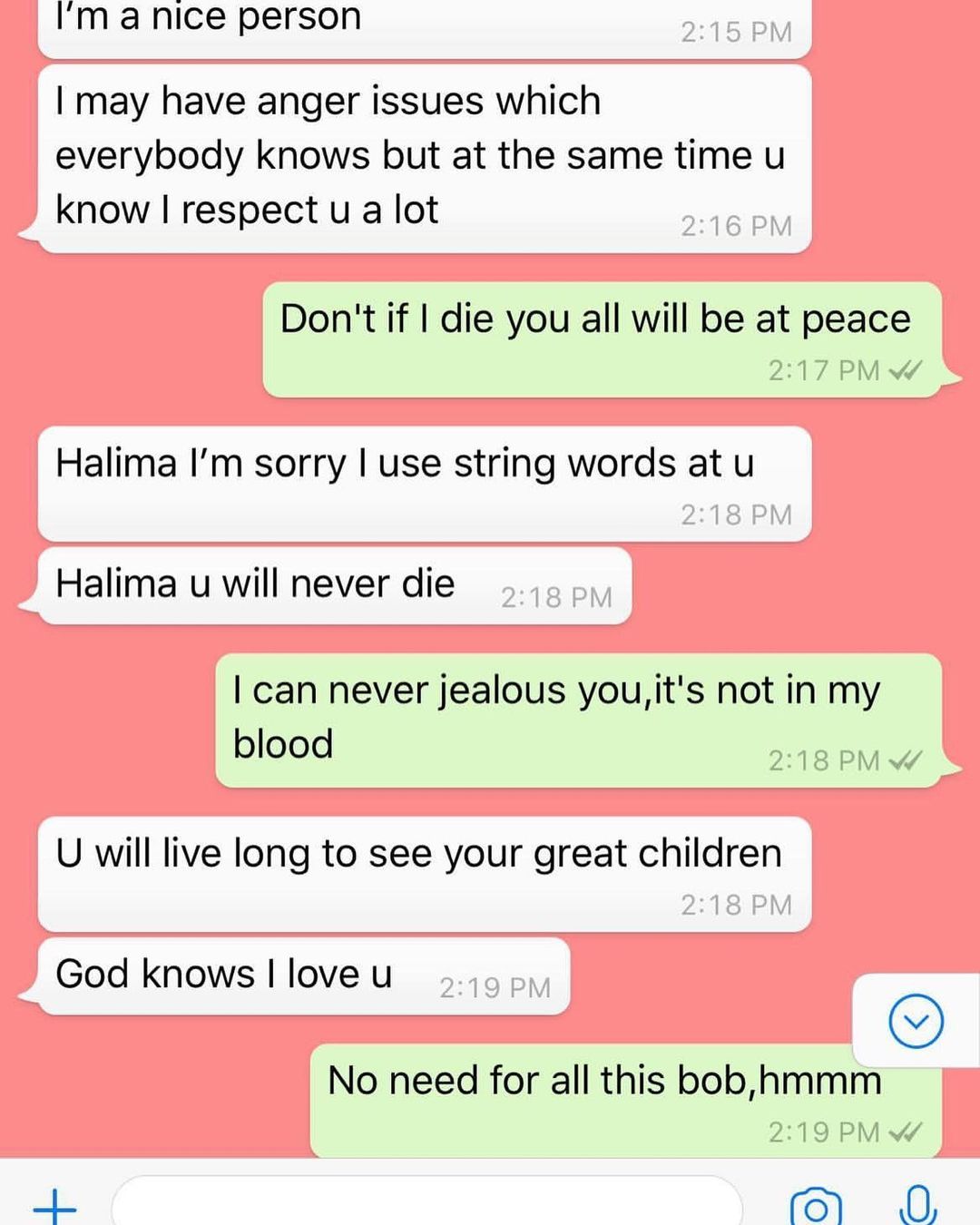 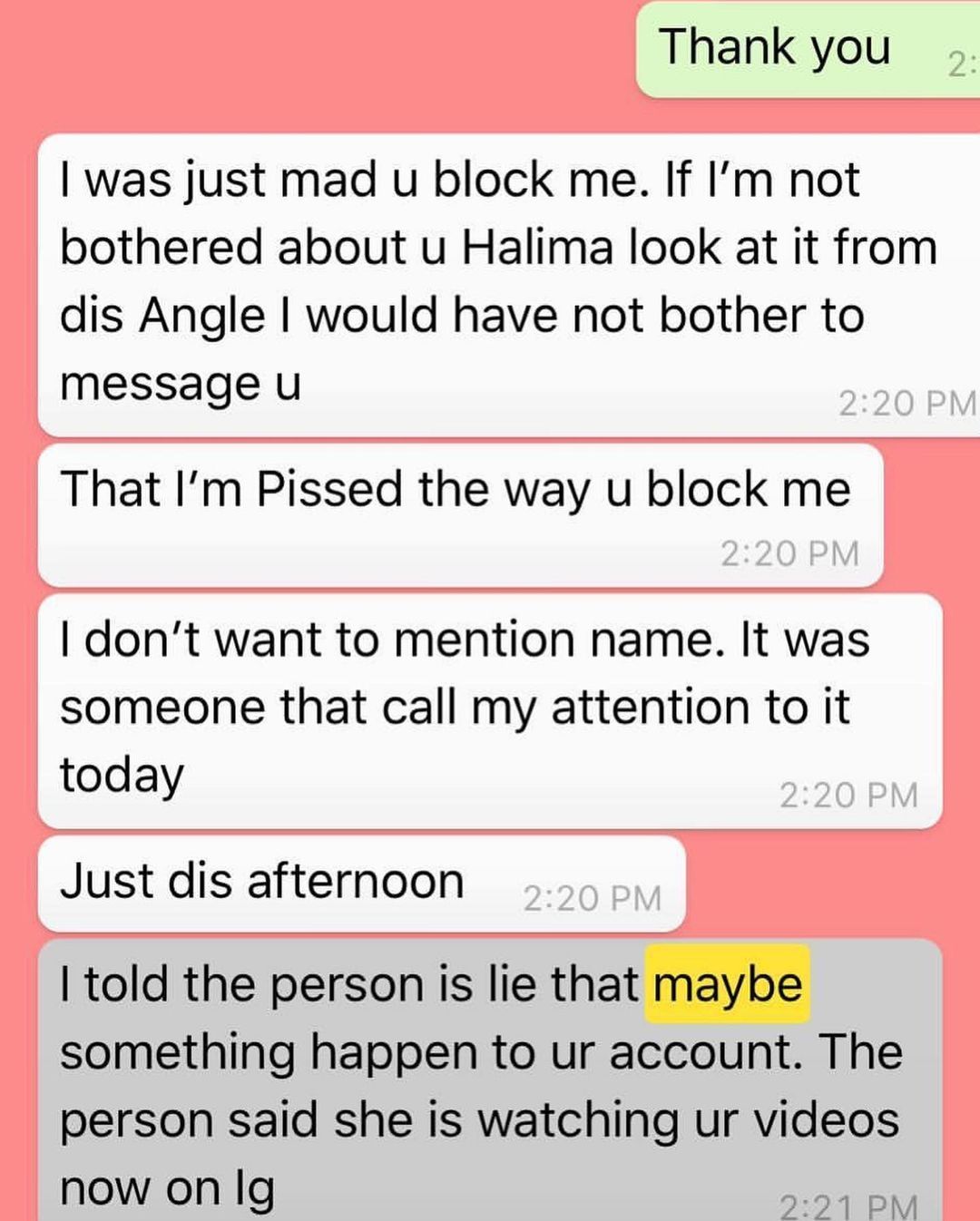 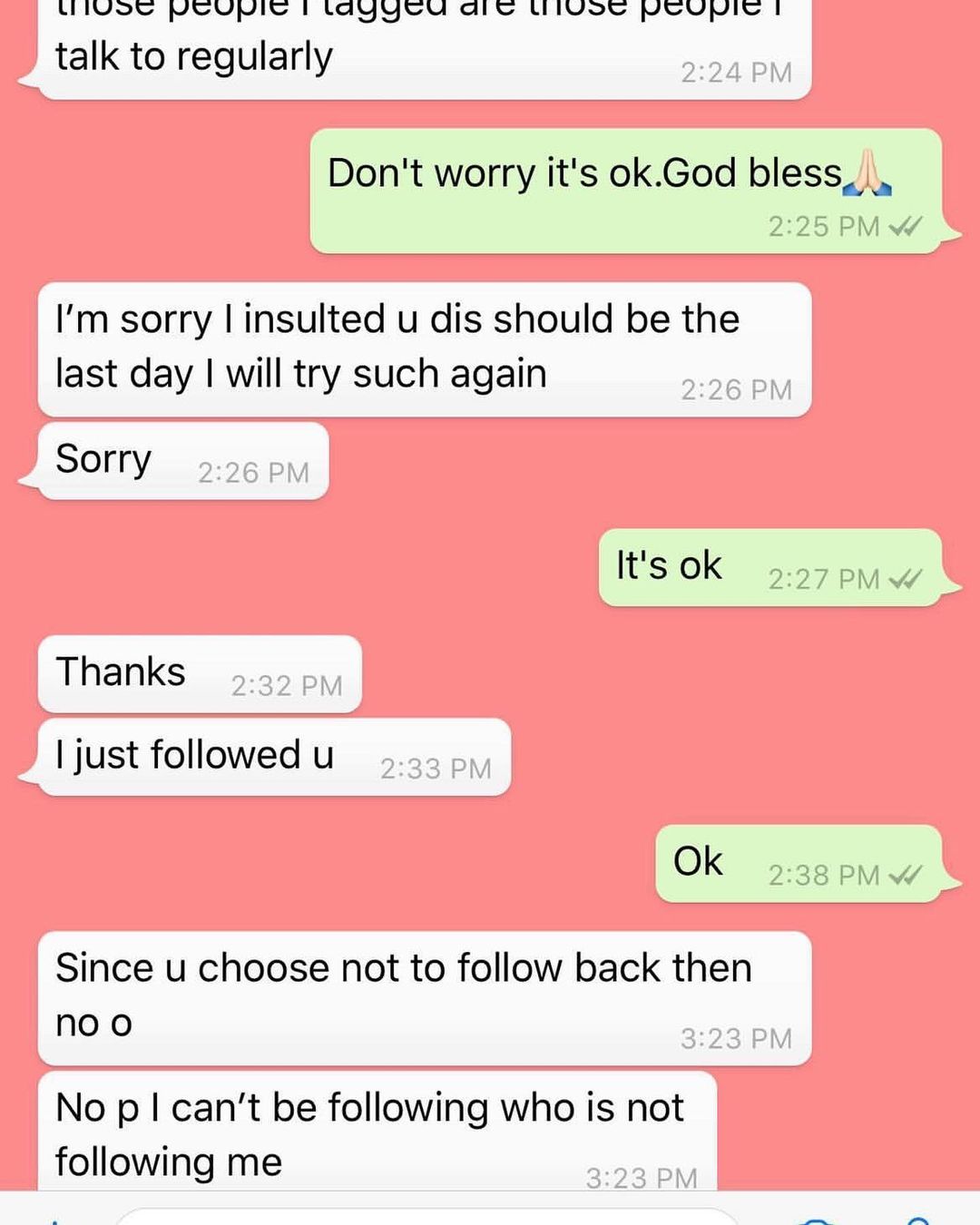