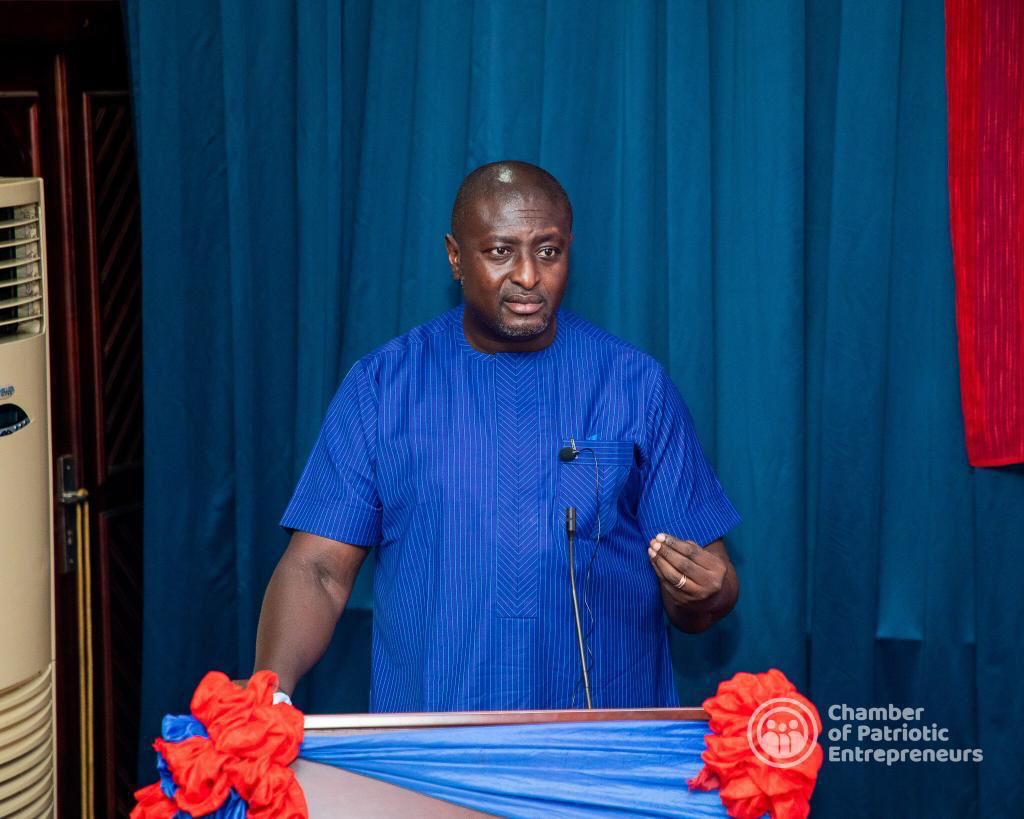 The Chamber of Patriotic Entrepreneurs has organised a maiden youth entrepreneurship summit at GIMPA. The theme for the summit was ‘Entrepreneurship; Raising Business Leaders as the Backbone of the Danquah-Dombo-Busia Tradition.’

The chamber is a community of small and large-scale private business owners who share a common goal of driving the country’s economy through entrepreneurship.

The Deputy Chief of staff, Emmanuel Adumoah Bossman, who chaired the programme, encouraged the youth to equip themselves with the requisite skills and also explore and take advantage of the many opportunities and resource avenues that the Akufo-Addo-led government has made available to Ghanaians.

The aim of the summit was also to help nurture a team of young entrepreneurs who will replace the younger generation of entrepreneurs to sustain support for the party in times of financial need.

“How did we survive from the dawn of independence until 2001 when his excellency John Kufuor was elected as president of this country? We survived only because we had built an army of entrepreneurs who could sustain us even when we were jailed,’’ Mr Bossman stated.

He paid tribute to some financially sound personalities at the time including Appiah Menka, Donkor Forduor, Dr J.A. Addison, and other past entrepreneurs who he said put their resources for the sustenance of the party.

He called for efforts to build a new breed of entrepreneurs who will also be able to also continue.

A member of the interim management committee of the Tema Oil Refinery, Barfour Okyere Sarpong, who also addressed the summit, underscored the essence of having extreme passion and not only capital to be able to succeed in business.

In attendance were members of TESCON, GIMPA chapter, Bold Patriots, Gallant Queens, a volunteer group of the NPP among other youth activists.

The various speakers took turns in sharing their expertise and some of the challenges that confronted them in their many years of being in entrepreneurship as well as politics.

They also encouraged the youth who were present at the summit and the leadership of the New Patriotic Party to not just lead the digitalisation agenda at the Governance level but also in every sphere of the Party’s administration, particularly with regards to the mapping out of young entrepreneurs who need assistance from the party.

The Chamber intends to provide mentorship, start-up capital, and support to scale up already existing businesses with a particular focus on the youth.

It is without a shred of doubt that the New Patriotic Party’s ideology and policies which have been implemented over the years after Ghana gained independence have proven to be solutions that work for the good of the ordinary Ghanaian.

The Chamber of Patriotic Entrepreneurs was birthed against the backdrop of the ideology of the New Patriotic Party being a capitalist party that believes in private ownership of
businesses and industrialisation as the most effective and prudent way to bring about the needed development in the country.

Union of Professional Nurses and Midwives embark on medical outreaches