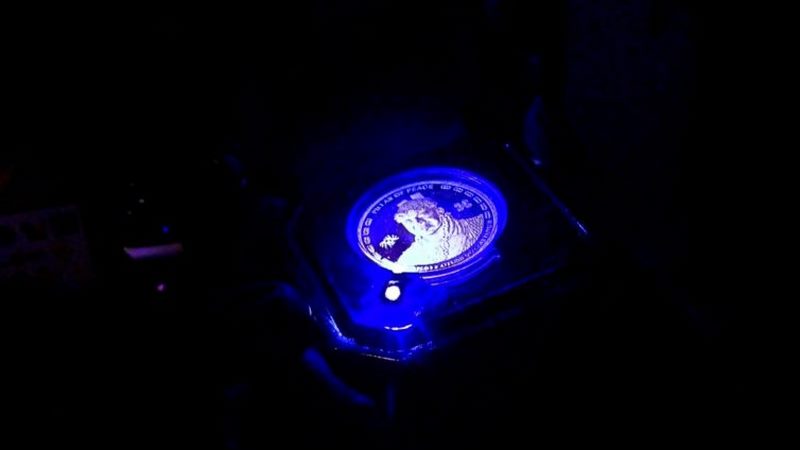 The Governor of the Bank of Ghana, Dr Ernest Addison, has explained that the outdoored gold coin in honour of Otumfuo Osei Tutu II is not a legal tender, thus, cannot be used for monetary transactions.

According to the Bank of Ghana boss, the 24-carat commemorative coin was specifically designed to honour and recognise the efforts of the traditional ruler for his distinguished interventions in fostering peace and contributing to good governance in the country.

He, therefore, indicated that, though the Bank of Ghana has associated with the launch of the commemorative gold coin, it is not a legal tender.

“The bank approved the issuance of a commemorative coin and offered to assist to procure the coin through appropriate channels. The gold coin will be of no monetary value. By that we mean it will not be a medium of exchange and not exactly a legal tender,” Dr Addison said.

Dr Addison made this clarification at an event to launch the coin as part of activities marking the 20th anniversary of Otumfuo’s reign as the leader of the Ashanti Kingdom.

Explaining the purpose of the commemorative gold coin, Dr Addison further intimated that, “it is not expected to display any face value to avoid risk of being confused with legal tender in circulation.”

The Governor expressed his pleasure in the Bank’s decision to associate with the launch of the coin, in acknowledgement of the strides made by the traditional ruler.

“In recognition of the invaluable role and your remarkable achievements in the preservation of peace in the safeguarding of life, the development of Ghana and ensuring peaceful coexistence of the citizenry of Ghana, the Bank of Ghana proudly associates itself with the launch of this commemorative gold coin to climax your Majesty’s 20th year as the Asantehene,” Dr Addison remarked.

The event was attended by a host of prominent individuals who were present to applaud the feats of the traditional leader, since becoming King of Ashanti, 20 years ago.

The dignitaries, numbering about 600, included persons from various walks of life, especially personalities in Ghana’s gold and natural resource economy.

Some government officials who graced the occasion included the Vice President, Dr Mahamudu Bawumia and the Minister for Lands and Natural Resources, Samuel Abudulai Jinapor.

On his part, the Vice President used the opportunity to laud Otumfuo Osei Tutu II for his landmark contribution in the resolution of the protracted chieftaincy dispute in Dagbon.

Organisers of the event, E on 3 Group, indicated that proceeds from the launch of the commemorative gold coins will be invested into the development of the country’s agricultural sector, and the establishment of a cultural resource centre and an automated conflict resolution centre.