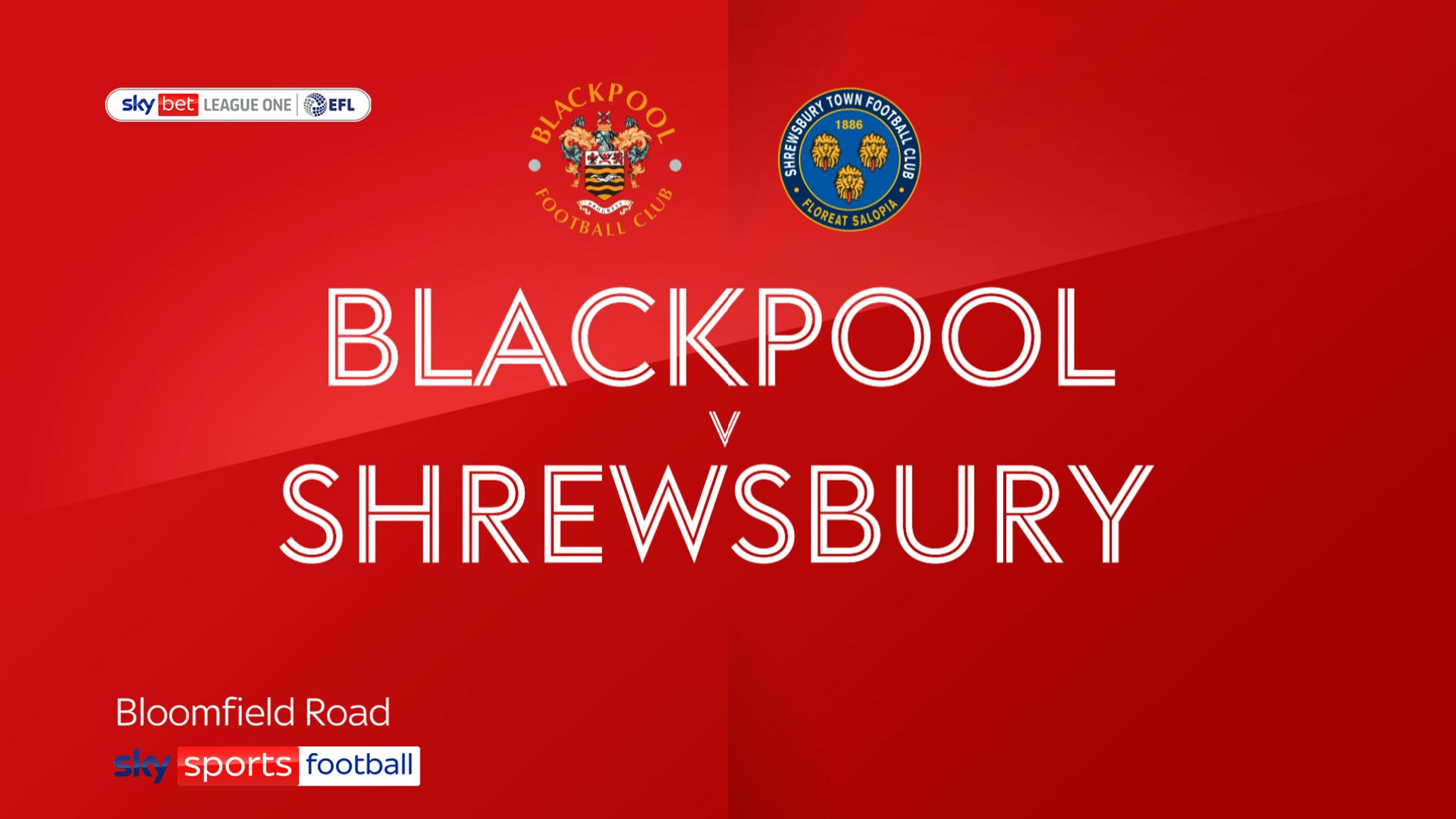 The Everton loanee’s header, his first goal since September 2018, proved the difference as the battling Shrews ended a run of three successive defeats.

Defeat for play-off challengers Blackpool was only their second Sky Bet League One loss in their last 18 outings, with four games now remaining to secure a place in the top six.

Luke Garbutt fired over for Blackpool early on, but a minute later Josh Vela smashed a thunderous left-footed shot against the crossbar as the hosts were given a scare.

Sullay Kaikai had a shot charged down as the Seasiders pushed for the opener after some good pressure, while Elliot Embleton blasted just wide with a sweet strike two minutes before the break.

Kaikai then forced a smart save from Shrewsbury shot-stopper Harry Burgoyne, but it remained goalless at the break.

Harry Chapman smashed a shot high and wide as Shrewsbury started the second half with a spring in their step, while at the other end striker Jerry Yates shot wide from an acute angle as the hosts continued to threat.

But it was the visitors who took the lead through an unlikely source as Pennington rose highest to head home Chapman’s inswinging corner.

David Edwards went close for the visitors 10 minutes from time, but Pennington’s goal did the trick as the Seasiders were left frustrated at a crucial stage in the season.

From Afghan interpreter to US homeless – until reaching the American dream

The man who ‘killed’ Pluto

From Afghan interpreter to US homeless – until reaching the American...