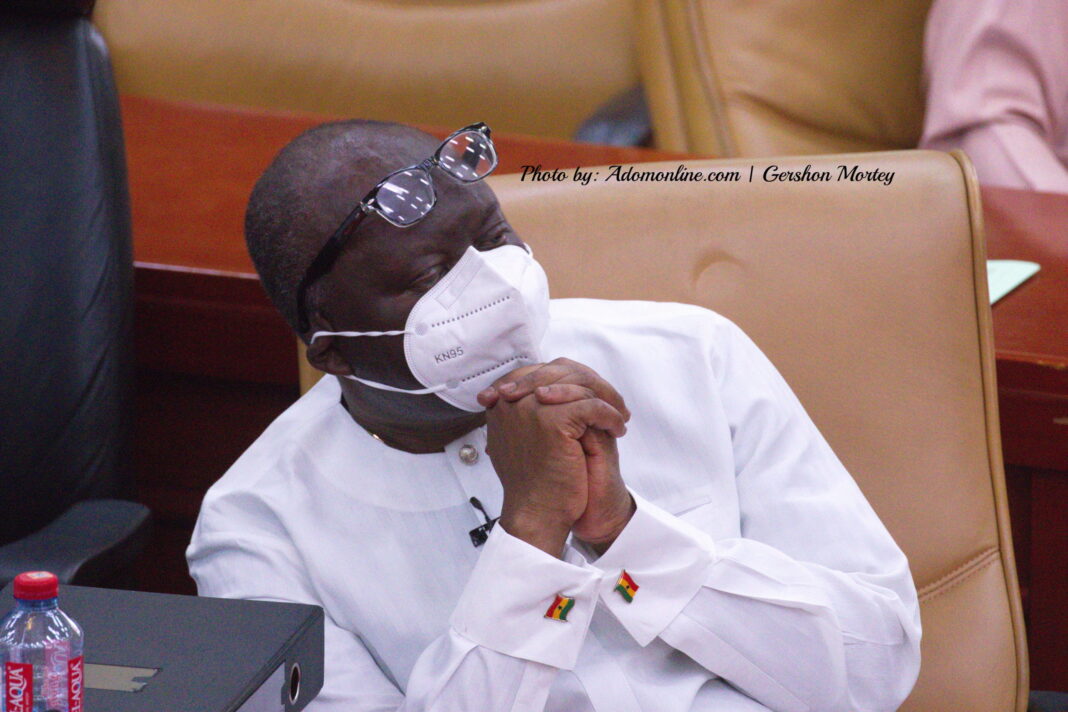 The Speaker of Parliament, Alban Bagbin, has asked the Finance Minister, Ken Ofori-Atta, to present a revised version of the 2022 Budget to the House.

Mr Ofori-Atta, at a press conference, announced that he had submitted a letter to Mr Bagbin on modifications made to the financial statement.

Among other things, the government reviewed the Aker Energy transaction, Agyapa deal and an allocation of ¢10 million for Feasibility and Engineering studies for the coastal communities, including Keta and its environs that were recently affected by tidal waves.

Addressing Parliament on Thursday, the Speaker acknowledged receipt of the letter but added that the revisions captured in a letter were only “indications of intent” and must be formalised.

In view of this, he stressed the Minister needs to come to Parliament “with those modifications, concessions or amendments specifically captured in the documents to make them known” so the House could officially accept them.

He noted it was important to find a “path that is faithful to the law, respects our rules and processes and ensures the governance of the country does not grind to a halt.

“Those modifications, amendments and concessions will then be adopted by the House and the revised documents in the estimates will stand committed to the various committees of Parliament,” he explained.