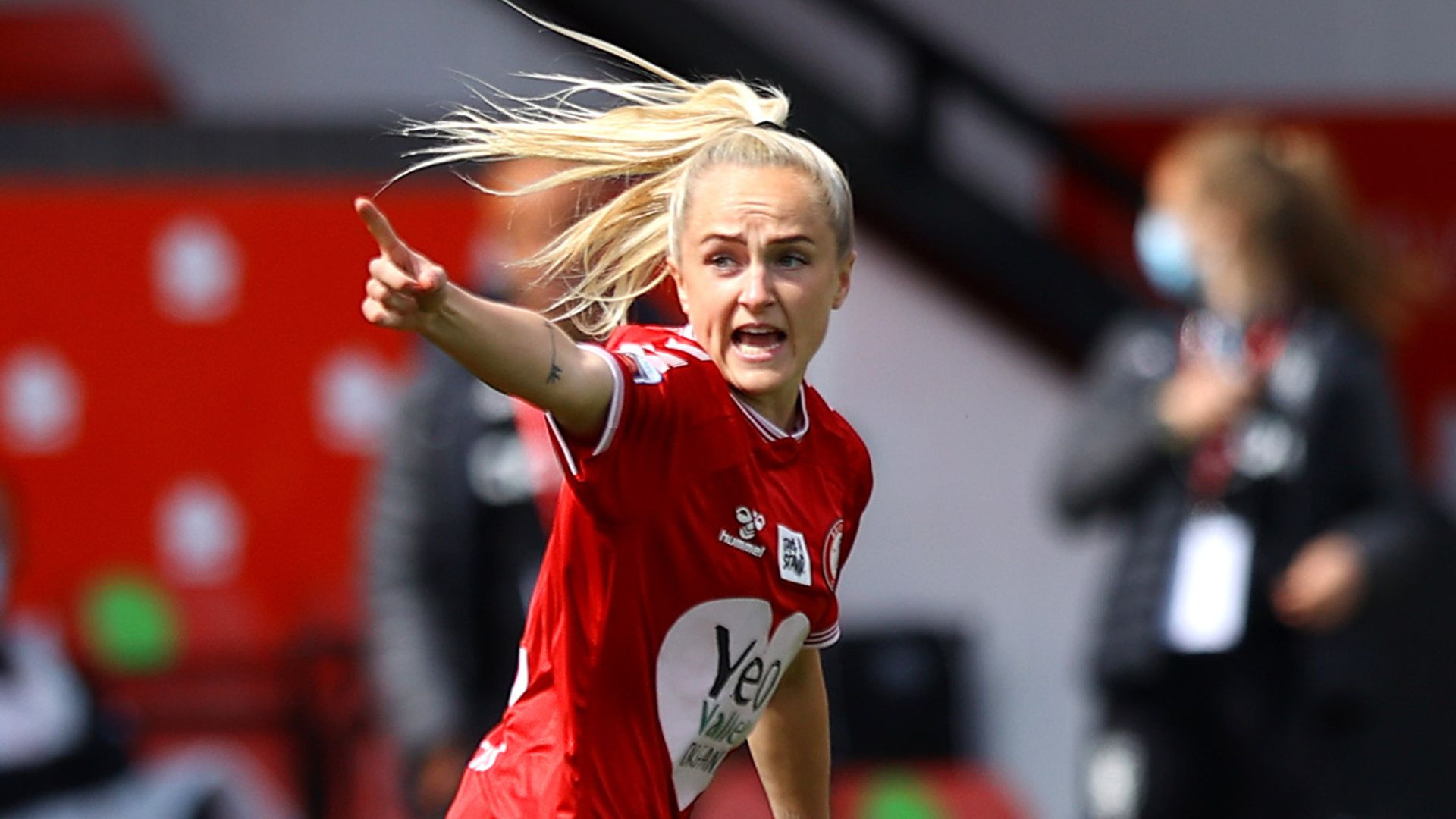 The hosts opened the scoring in just the third minute as Freya Gregory’s inswinging cross found Shania Hayles, who saw her effort saved by Sophie Baggaley but deflected into the net by Meaghan Sargeant for an own goal.

Matt Beard’s side came close to an equaliser when a ball was played in from Molly Pike and found Yana Daniels, whose glancing header went wide of the far post.

The lead was doubled 10 minutes before half-time as some excellent build-up play allowed Elisha N’Dow to deliver a dangerous cross which Natalie Haigh headed into the bottom corner from long range.

Villa carried their dominance into the second half as Chloe Arthur drove a ferocious and unstoppable effort from long-range against the woodwork.

City pulled a goal back through Faye Bryson in the 74th minute as she lashed a left-footed volley into the top corner to set up a nervy end to the game.

In the dying seconds of stoppage-time, the visitors dug deep and Mastrantonio’s free-kick crept over the line and past Lisa Weiss to earn a vital point.

Missed the news? WSL on Sky Sports next season…

Sky Sports has announced a three-year deal with the FA to become the primary broadcaster of the Barclays Women’s Super League from September 2021.

As one of the most competitive leagues, with some of the most famous names and teams in the world, the WSL will be one of Sky Sports’ flagship offerings.

The deal will see Sky Sports show at least 35 games exclusively live per season and further strengthens the broadcaster’s commitment to women’s sport.

The WSL will get the full Sky Sports treatment with lengthy build-ups and reaction to all live matches, plus daily news from the competition across Sky Sports News and Sky Sports’ digital platforms.