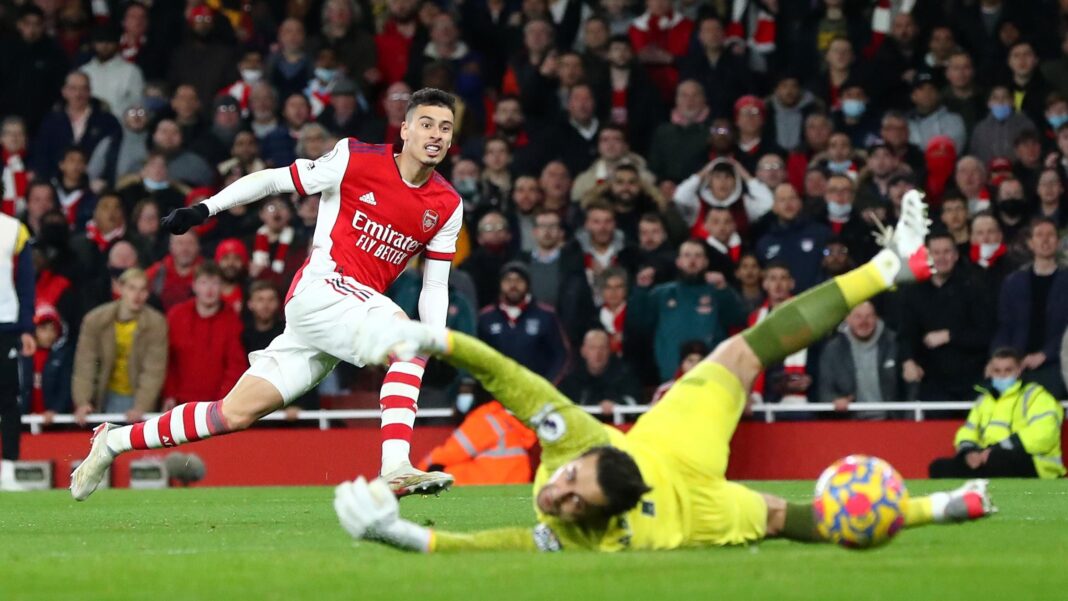 Arsenal overtook opponents West Ham and moved into fourth place in the Premier League by winning an eventful match at Emirates Stadium.

Gabriel Martinelli scored the opener early in the second half before substitute Emile Smith Rowe confirmed victory for the Gunners late on.

Arsenal captain Alexandre Lacazette also had a penalty saved by goalkeeper Lukasz Fabianski in the second half.

West Ham’s Vladimir Coufal was sent off for a second booking in conceding the penalty as he was judged to have fouled Lacazette in the box.

Coufal had been booked in the first half when his flailing arm caught defender Kieran Tierney in the face, inciting protest from the Arsenal players.

Tierney later hit the crossbar, while there were further chances for Martinelli, Bukayo Saka and Gabriel as Arsenal were the better side throughout.

Kwaku Bonsam reacts after Ghana lost to Comoros at the AFCON