In the video, the men are seen walking along a dusty road in a rural area. Smoke can be seen rising in the background. One of the uniformed man is heard saying that is the scene where the alleged Airforce strike on soldiers happened. 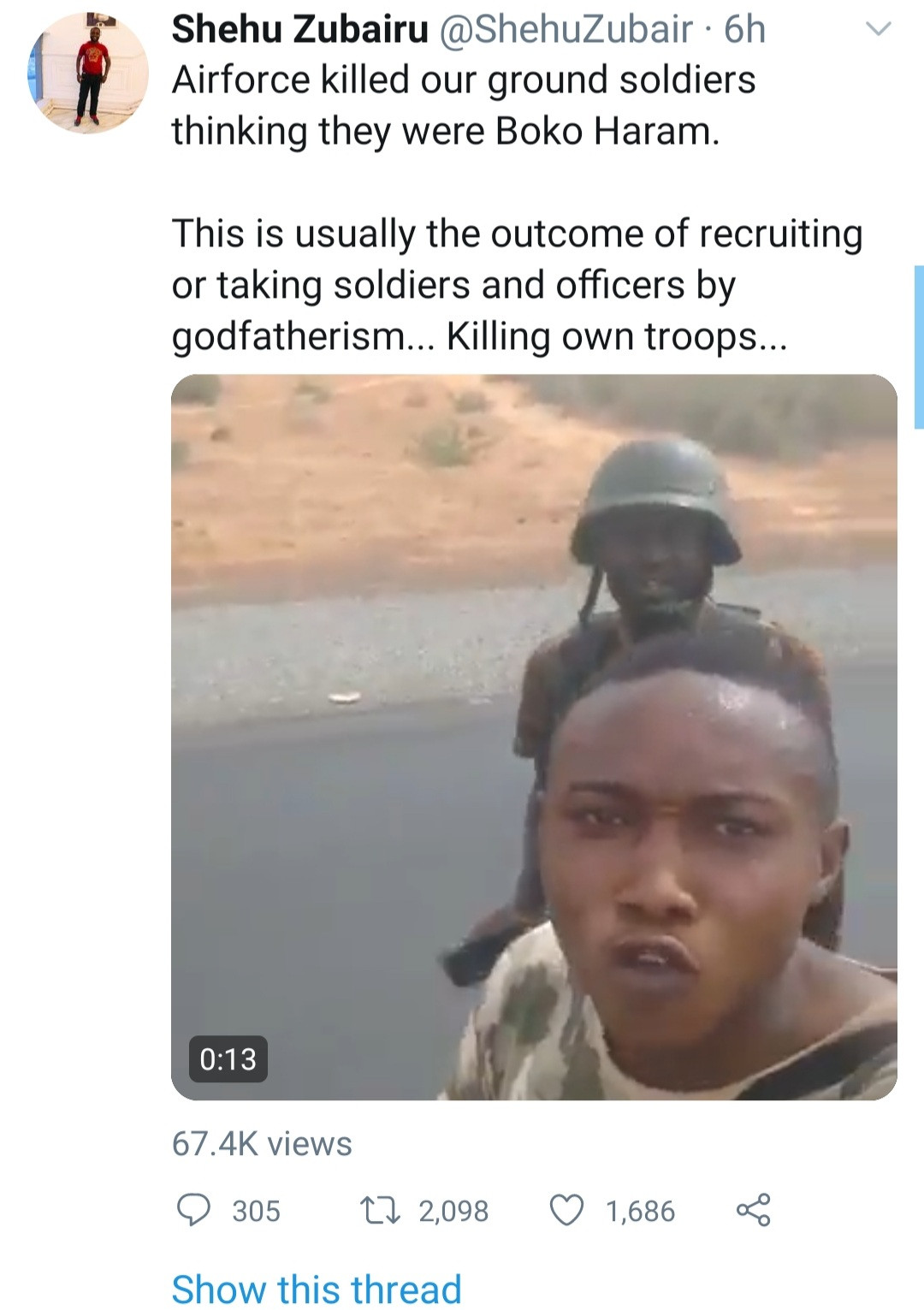 He added that he has been calling the “gun truck” to come and save him and his companion but the gun truck abandoned them and drove into the bush.

Watch the video below.