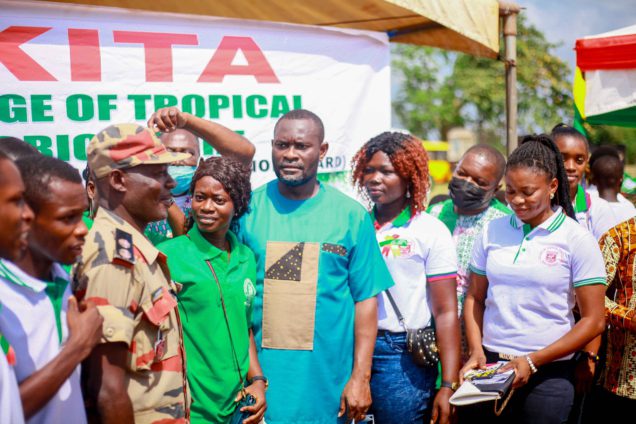 The Ministry of Food and Agriculture has promised to compensate the Ejisu pig farmers who lost their pigs to the African swine fever in October, this year.

The Member of Parliament for the area, Dr John Kumah, disclosed this at the Farmers’ Day celebrations at Kwaso, Ejisu.

Almost 3,000 pigs in the town were destroyed by the African Swine Fever during the outbreak.

More than fifty farmers at the Ejisu Cluster in the Ashanti Region lost their livelihoods as a result.

The compensation, according to the MP, is expected to be delivered by Christmas.

“This is at the Ministry level and very soon the payment will be made. I have followed up with the Ministry of Agriculture on processes to revive them with compensation, so they can start business again”, he said.

Dr Kumah revealed that the cluster will also receive a facelift as part of moves to enhance the bio-security of farms.

“As their Member of Parliament, I have given them a package of Ghc50,000 to enable them to buy piglets to begin the farm again”, he added.

General Secretary of the Ejisu Cluster of Pig Farmers, George Agyei, was excited about the gesture.

“It is heartwarming adding to what he has already expressed to offer in his capacity. Most of the farmers here have no hope for their farms as every pen here is empty.”

He said, “The assembly intends to increase Agric productivity in the coming year. We are giving 20,000 seedlings to farmers who want to engage in agriculture”.

“We advise farmers to produce more even for export”, he added.

At the event, hardworking farmers including Richard Siaw, Enoch Kyeremanteng who won best Pawpaw and Plantain Farmers respectively in the Ejisu Municipality, were celebrated.

Vandalism at Radio Ada: The inside story [Audio]