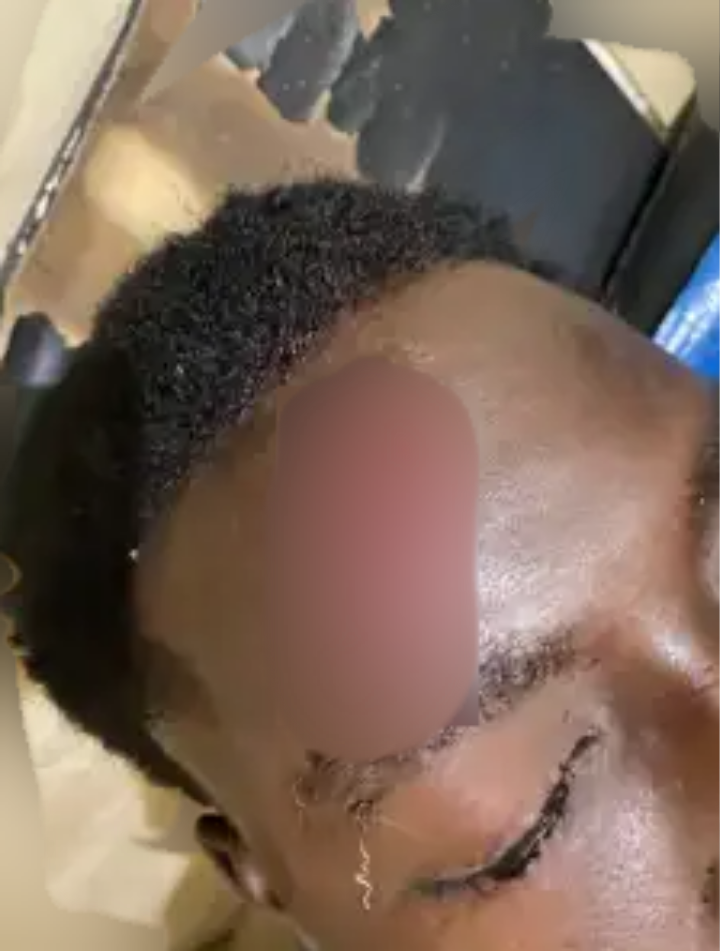 A student of Aduman Senior High School (SHS) is in critical condition while others sustained various degrees of injuries after the school was attacked by unidentified hooligans.

The incident occurred on Tuesday, 5th July 2022, at around 7:15 pm at Aduman in the Afigya Kwabre District of the Ashanti Region.

The student in critical condition, 18-year-old Mudasif Nurudeen, was slashed in the forehead by the area thugs.

Other students also sustained multiple machete wounds on their hands, legs, and other parts of their bodies.

Efforts have been made to contact the school authorities for clarity but they are tight-lipped on the matter.

Some of the students believe the ongoing strike played a major role, as there were no teachers on campus to supervise them.

It is unclear what triggered the unfortunate incident but it is assumed that the notorious area boys took advantage of the teacher’s strike to attack the students and take away their belongings.

According to the victim’s father, Nurudeen Dawoda, he was contacted by the school authorities of his son’s fate.

But, upon his arrival at the school, his son was already rushed to Apagya Health Center at Apagya in the Kwabre South District of the Ashanti. He went there and the hospital letter referred the case to Offinso Government Hospital in the Ashanti Region.

Due to the extent of the injuries, he was also transferred by Offinso Government Hospital to the Komfo Anokye Teaching Hospital in Kumasi for emergency treatment.

The police in the Afigya Kwabre have taken up the matter.