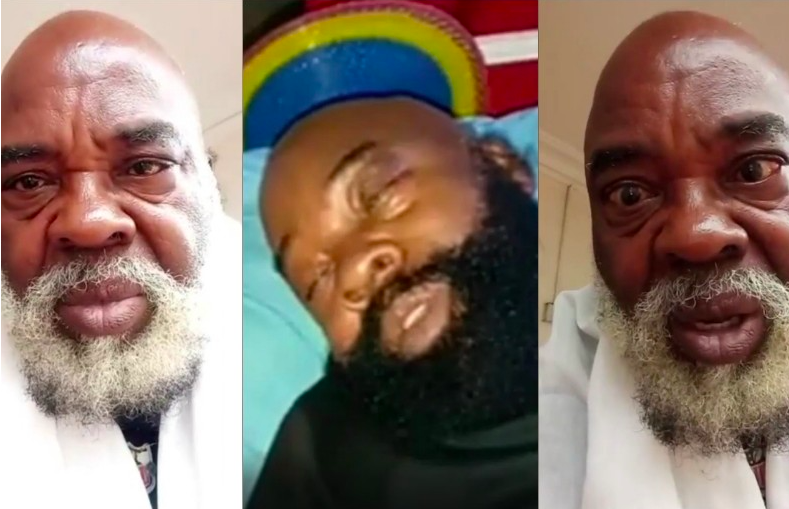 Veteran Nigerian actor, Prince Emeka Ani has cried out for help from his fans as he battles with his life in a video shared by his colleagues.

In the video, Prince Emeka Ani said he also suffered a stroke, and discomforts in his eyes because of cataracts, and if appropriate treatment is not given the condition could result in blindness.

According to the veteran Nollywood actor, he has been sick since December 2020 and had surgery around his buttock. But, the soar refused to heal due to diabetes and has been battling for his life since the surgery.

The Nollywood actor is now pleading to Nigerians as well as his well-wishers to help him financially.